What You Need To Know About the 2024 Tacoma Truck 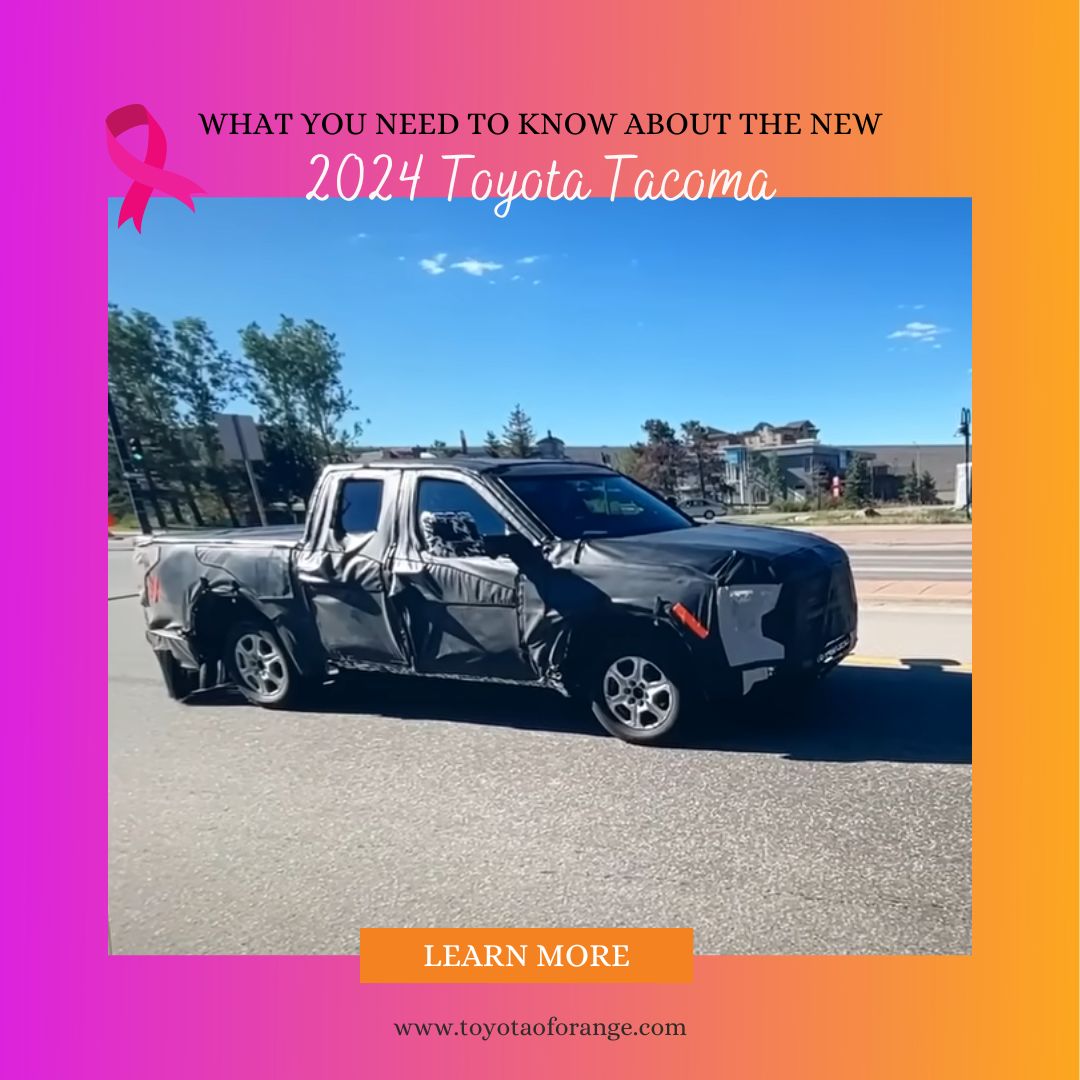 If you are interested in buying a Toyota in Irvine, CA you should know that Toyota automakers are redesigning the 2024 Toyota Tacoma. This model will be making history as the first new Tacoma in over twenty years.

There is talk at Irvine car dealerships that we may even see a Tacoma EV arrive on the market in the near future.

The Toyota Tacoma first arrived on the market in 2015 and is now in its third generation. There are many competitors in the market for mid-size trucks. Competitors include Ford, Nissan, and Chevy. Toyota, as a corporation, has a strong fanbase, which is why the Tacoma truck owes a big part of its success to. 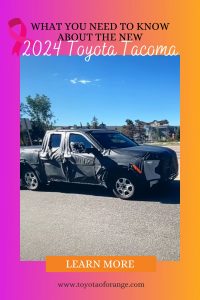 What to Expect from the 2024 Toyota Tacoma Truck

If you have more questions about the new Tacoma set to arrive in early to mid-2023 at the Toyota in Irvine, CA, you can follow Toyota on social platforms for more information.